Home » Blog » Alpine A110 Chiptuning – Driving Joy at Its Best 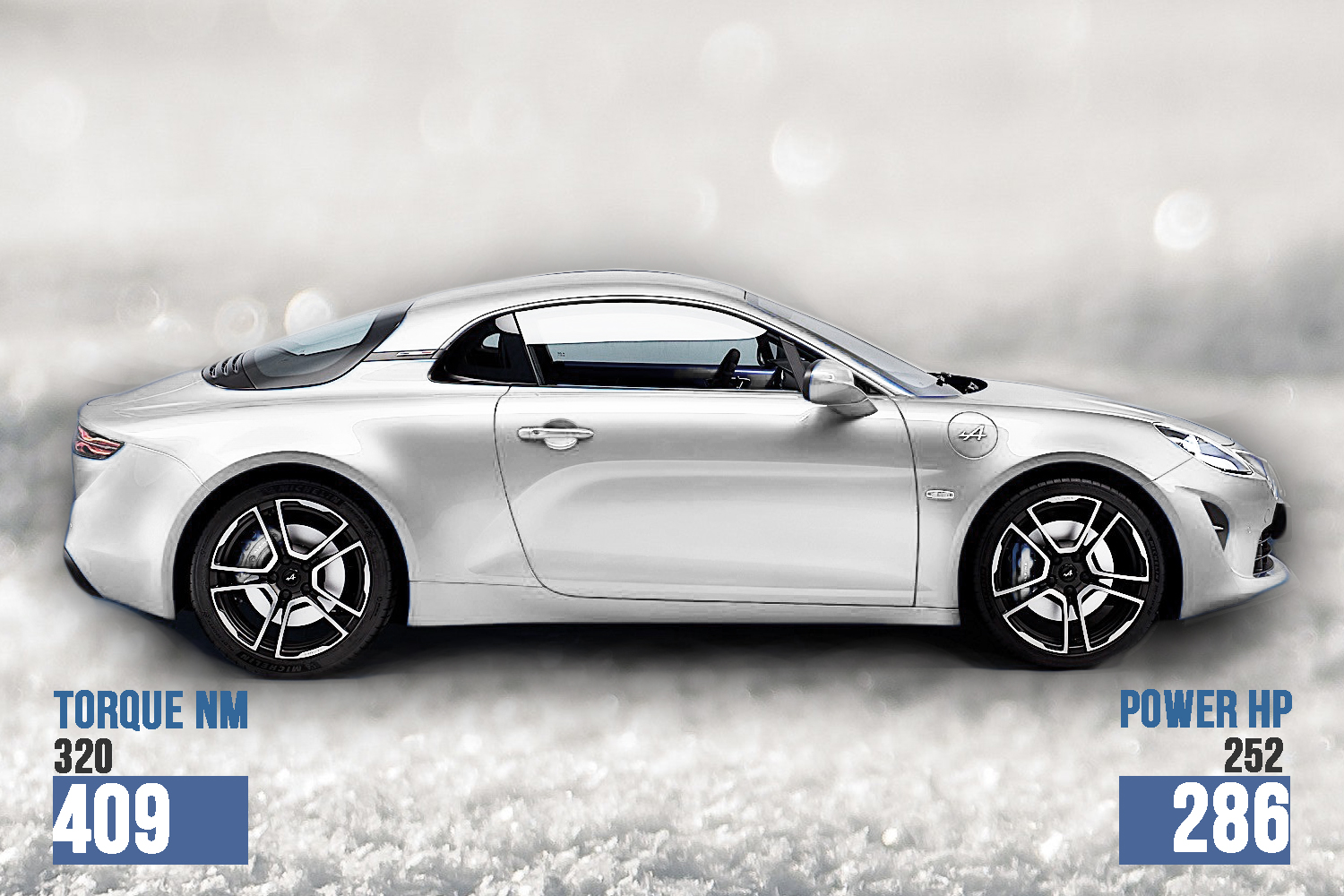 The idea of creating sports cars that meet all of the requirements bestowed upon us by physics for creating a pure driving machine were very prominent in the 1960s and 1970s. It resulted in some of the most interesting cars in history with extremely low weight, mid-engine setup, RWD, low center of gravity, perfect weight distribution and enough power to make use of all the advantages.

The original Alpine A110 was all that. The modern one continues the tradition in the best way possible being a rear-mid engine, RWD, 1,100 kg car with a turbocharged engine that produces 252 hp and 320 Nm of torque. It is a joy to drive, agile, responsive and, having in mind the layout and weight, it has enough power to give loads of driving fun.

But why not add more power? Our Alpine A110 chiptuning gives just that. It preserves all the best features of the lovely Alpine and amplifies the power and torque for the same agility, but far more push.

The Alpine A110 chiptuning for the Stage 1 tuning level is done by adjusting the software of the Hitachi-made OEM ECU. This changes the way the 1.8 I4 turbo works and gives it more power. The engine has direct injection, four valves per cylinder and it sends the power to the wheels via a Getrag 7-speed dual-clutch gearbox.

The torque comes at a very wide range, reaching its top number as early as 2000 rpm and pushing with the same force all the way to 5000 rpm. That, once again, makes a huge difference in the way the wonderful Alpine feels to drive. The power is delivered with ease and very directly.

But we found some space to improve that as well!

Our Alpine A110 chiptuning project includes three inevitably connected steps. First of all, we make use of the forced induction device in the form of a turbocharger and we increase the turbo pressure. This way we increase the amount of air sent into the engine.

This added air needs to be complemented by more fuel in order to preserve the stoichiometric ratio. Since the amount of air is increased, we also needed to increase the amount of fuel. This adds up to more air and fuel in the cylinders and thus more power from combustion of their mixture. It is what brings most of the added power.

However, it is not all that we do.

The last step is a change in ignition timing. It is not a single adjustment, but actually a varying level of advancement depending on the RPM range. For example, in lower RPM sections we advance the timing to the highest completely safe level. This gives the low-end boost and improved throttle response that makes an incredible difference in the driving feel.

As the pressures in the cylinders increase with rising RPM, we retard the timing a bit to preserve safety even in top pressure conditions. Lastly, as the revs start reaching their higher marks and the power starts declining, we advance the timing again to give that extra push.

This is one of the reasons why the stock setup has such a wide torque curve and we follow the OEM architecture to provide the same drivability, but with improved throttle response, better combustions and noticeably more power.

We also perform loads of measurement and data logging during tuning.

This helps us push the engine to its safe limits, but never jeopardize safety or reliability. You get all that the engine can give, but keep the wonderful drivability and OEM safety.

So, what did we give with the Alpine A110 chiptuning?

This is only Stage 1 and even here we made a significant difference. The measured power and torque outputs come to 286 hp and 409 Nm of torque, which is a very big jump.

However, that is only Stage 1. It includes no aftermarket parts. The whole upgrade comes just from a software tweak. If you want more, we can provide more extreme tuning stages that can provide heaps of power, depending on the level of adjustments and the client’s desires. 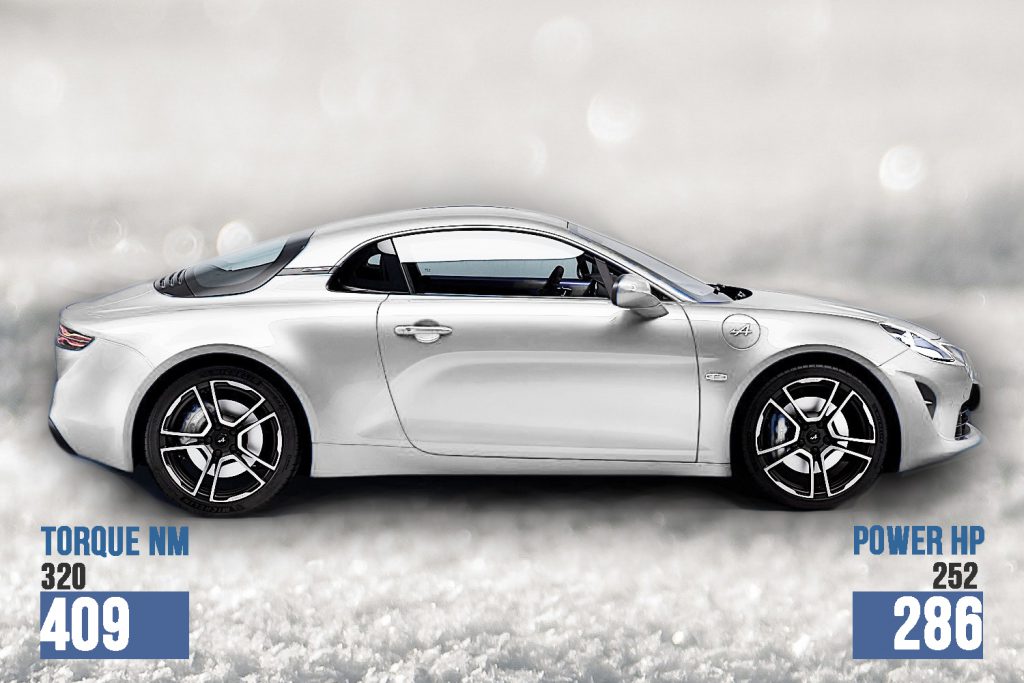