As one of very few companies we have a Superflow AWD30 dynamometer equipped with the NEDC test to determine the average fuel consumption of the car. We have a fully controlled environment which is cancelling all external factors that can influence the use of fuel. This is the only way to develop correct modifications for fuel saving and test them and see the actual results. This standardized European test is also used by all car manufacturers to determine fuel consumption and compare their cars to competitors and communicate the results to their customers. 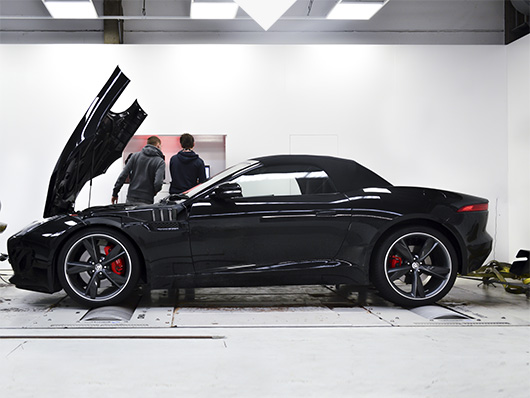 At Ziptuning quality is of utmost importance. Just adding a few percent of fuel and air and deleting some limiters like most of the tuning is done, is not the way we want to work. We have an international team of engineers continuously engaged in tuning file development and refining existing tuning. Every time a new ECU or software version is on the market, we examine the architecture. We follow the complete pathof fuel and air in the ecu and look at all the maps it is passing through. We then investigate the other existing maps outside of the general path and look at the relationship between the various maps. We add all the right factors and offsets, and the operation of the folders. This is the only way we can make adjustments in the software as it is meant by the manufacturer. This way of working delivers tuning files with resembles the OEM quality. Because we offer such high quality, our customers, consisting mainly of importers and car dealers are able to offer our tuning under its own warranty. 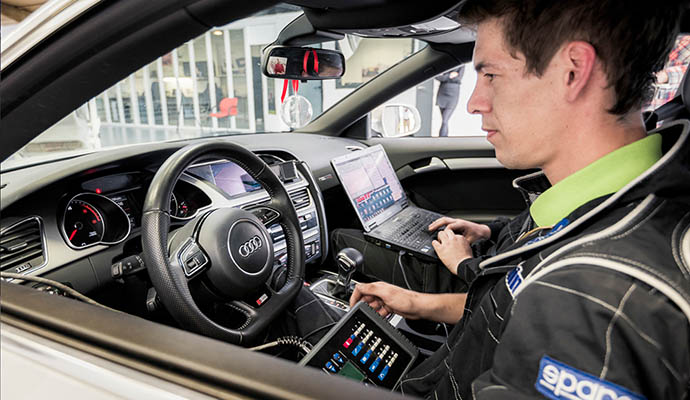 Example of our expertise

When we modify turbo in the ECU, we look up the specifics given by the turbo supplier. We always put the turbo request lower than the maximum capacity given by the supplier. We also look closely not to put turborequest higher too early. This is to prevent damaging underpressure. Every pump has a pumpborder. All pumps have a specific build up of pressure. This is just physics. For all modification we make we keep reliability in mind. I good tuning does not only depend on turbo. For example on a diesel engine the turbo request is not put much higher, because this is not needed for a good performance gain. 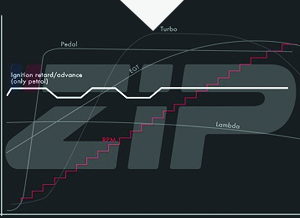 We look at the duration that the fuel injector is open. We can alter the amount of fuel by adding pressure to the fuelrail or by opening the injector longer. What is needed is really dependant per engine and type of project. In all cases we make the modification reliable and durable. We look at dutycycle of injector and also put minimum extra stress on fuelrail.

When modifying the fuel injection you also need to modify the start of this injection in order to keep the peak of optimum combustion at the right moment. Many tuners never modify this or don’t know how to do this. The result is a moment of peak at the wrong time in the cilinder, causing bad efficiency and damage to the engine in long term. 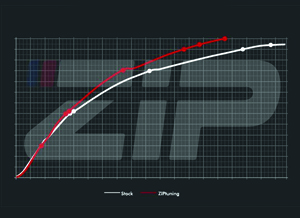 Many tuners don’t touch ignition time, same as start of injection. This is not good since we need to change the start of spark when we inject more fuel or put the turbo request higher to keep the torque peak of combustionflow at the right moment. For example if you put turbo higher in some engines the engine will detonate earlier causing a lot of damage.

We always monitor and modify lambda for both petrol and diesel. Because of the performance upgrade the engine can gets hotter, that’s why we need to monitor the airfuel ratio. The goals is to keep the engine cool when we request a lot of power and to save fuel when we drive part trottle and cooling is not neccesary.

Some brands have a spongy, slow response on trottle. Brands like Volvo, Mercedes Benz. We can make the response more lineair 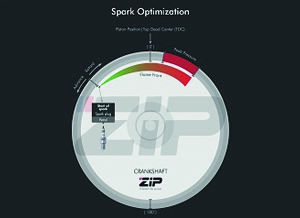 We monitor the exhaust gas temperature. If it gets too high we make changes in the ecu to lower it. Too high temperatures can damage the cat or turbo. In some cases we replace the cat by a race version to solve the problem. When racecats are installed often a O2 off software is neccesary.

We monitor all available temperatures to check if the modifications are safe.

before we start this kind of project we do a thorough check of the inner engine, drivetrain and gearbox. We measure compression, We anlyse the polution in the oilfilter. We datalog looking at requested and actual data and test it’s current performance. After we can decide which parts need replacement or upgrade.

During datalog we check dpf polution by combustion before and after tuning. A stage 1 tuning is made so it can keep the original DPF and it will work fine. A stage 2 tuning gives more performance but also more soot, so much that the DPF will start to fill and cannot burn all particles, in this case we remove the DPF and put DPF in the ECU off. 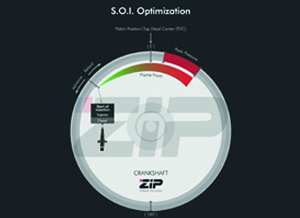 The functional range of the engine management system has increased significantly in recent years. Environmental Systems, added electrical motors and intricate injection techniques have ensured that the engine management is getting more complex. Also the range of various types of software in the same type of ecu is growing. All these new developments as a result, require a growing need of knowledge and expertise to modify a car correctly. We spend a lot of time in tuning file development in order to keep the quality of our products outstanding.

An example: The ECUs for diesel engines that Bosch supplies has three generations. Approximately 15 years ago the first model, EDC15, was introduced to the market. This type has 19 different variants. The newer generation, EDC16, had 52 variants. The last and present generation called EDC17 now has 102 variations.

The above example shows that the variation in hardware, as well as the variation in software, rapidly increases. We are capable of modifying many different types of ECU’s and software versions only because we have many customers in our own centers where we can longterm test our modifications. Many file suppliers do not have their own centers and b2c customers to test the real end result of their files properly. Or they do not have enough demand to keep up with tuning file development. 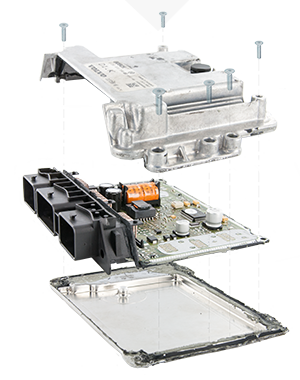